Many times I have heard colleagues throughout the business world say, “Our organization needs a mobile device strategy” or ask, “Should we have a bring-you-own-device policy?” Externally, I maintain a smile or neutral outward appearance, while I’m inside I’m scratching my head (metaphorically). Why, at this stage of technological advances hasn’t this become conventional wisdom: our focus shouldn’t be on devices, it should be on accessibility.

In the long run, chasing specific mobile devices is fruitless. There will always be more, different and better options, in multiple formats and from myriad vendors. Remember the Apple Newton, PalmPilot, Grid Pad Pro and others that have come and gone? There are always features and functions of one versus the other that people will discuss and debate ad nauseam. The arguments can’t be won, because the issue, again, is not the device.

Why do I say that? Simply because we’ve been here before. I recall the transition from a mainframe-centric environment to personal computing. The mainframers thought PCs and local area networks were a joke. Not fast enough or big enough. There was an assumption that people would never want to do that work themselves or learn something that complex. The scenario played out again when the Internet and e-commerce came about. The assumption was that people want to see what they are buying and talk with someone, and there was no way they would enter their credit card number into this new-fangled Internet thingamabob.

Ultimately, what led people to move in these new directions and adopt the changes? It wasn’t the device, technology or brand—it was about gaining easy access to ways of being more productive or capable.

Let’s apply this thinking to mobile devices and look beyond the operating system, high-speed data access, robust and intuitive apps and the myriad of other embedded features. The power of mobile devices lies in how we can partner with them to make our lives easier and function more smoothly. Here are a few examples, none of which are dependent on a particular device (mobile or otherwise):

These are minor examples of on-the-go tasks to be liberated from large monolithic or manual systems. To get more of this done, we need digital work processes and tools that can augment or replace traditional systems. We need tools that allow the infrastructure to be accessible and responsive to security and sensitive to the types of data. We need approaches that focus on enabling people and process.  The good news is these tools are available and becoming more mature. There is lots of work to be done to make it happen, but there are many successful case studies.

I believe the path is not having all functions available on all devices. In the early days of tablets, many a colleague said, “We’ll just provide a virtual desktop” so users can do anything they want. Technically that is correct, but the idea of the connectivity and clunkiness of using email or Word or Excel on an iPad was not going to be readily adopted.

As a leader, the greatest contribution may be helping colleagues do their job seamlessly, regardless of their available or preferred technology. How can they quickly and easily make an internal request, find an expert, look up a piece of information, access an internal reference document, collaborate with a peer, submit an expense item, inquire on the status of a task or approve a request? If we can figure out access, a mobile device strategy is irrelevant.

P.S. This is not a new theme for me. Check out It’s Not About the Device from November 2015.

When in Doubt, Give Gadgets 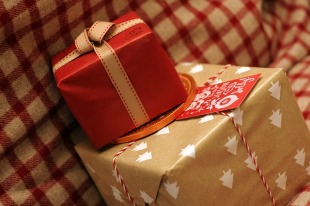 Need a few last minute ideas for holiday gifts? In my opinion, a good device deserves a good gadget. Here are a few ideas that any technophile would appreciate:

I can remember a time when the only news programs on television were on CBS and NBC and late arrival to the game, ABC. Now, there is an explosion of news options, particularly online—and no two are alike. Here are a few of the newest providers that have captured my attention.

“Digg does curation: building products that make life smoother, simpler, and smarter. Re-founded in 2012, Digg now provides the most relevant and compelling content to millions of users a month. Using proprietary data sources and a crack editorial team, we cut through the clutter of the Internet and make sense of the noise so you don’t have to.”

Credentials: Digg was an early entry into this niche with its launch in 2004. After many stumbles, it shuttered in 2012, only to be reborn after its purchase by Betaworks (previously know for Tweetdeck, Chartbeat and Bitly).

What I like: Visually, Digg stands apart from other news curators. Its clean look is uncluttered by the onslaught of ads we’ve come to expect from other curators. Regarding content, it focused on the top stories gaining traction in cyberspace, going for quality rather than quantity.

“Medium is a different kind of place to read and write on the internet. A place where the measure of success isn’t views, but viewpoints. Where the quality of the idea matters, not the author’s qualifications. A place where conversation pushes ideas forward and words still matter.”

Credentials: Medium was launched in 2012 by Twitter co-founder Evan Williams as an invitation-only blogging platform. It has since opened up and evolved to include both professional and non-professional authors supplemented by talented editors.

What I like: The theme WTF Economy or What’s the Future of Work? Also, the dynamic highlighting is very interesting.  As you follow people, you’ll see their highlights in posts you’re reading.

“When we launched OZY, we had a big idea. Instead of bringing you yet another news site pulling together the latest stories from across the Web, we wanted to give you something better. We wanted to give you a news site you actually loved. From the start, we promised only original content, focused not simply on where the world is but, more importantly, where the world is going. And every morning, we set out to profile the people, places, trends and technology that are ahead of their time and worthy of yours.”

What I like: Stories are grouped into compelling themed sections: The Presidential Brief (a daily top ten list), Rising Stars, Provocateurs, Good Sh*t, Wildcard and more.

“Quartz is a digitally native news outlet, born in 2012, for business people in the new global economy. We publish bracingly creative and intelligent journalism with a broad worldview, built primarily for the devices closest at hand: tablets and mobile phones.”

Credentials: Quartz’s business focus comes naturally; its founding partners are Chevron, Boeing, Credit Suisse, Cadillac and GE. Their founding team has serious journalism pedigree and they have staff on the ground in key bureaus worldwide.

What I like: Obsessions. These are hot topics of interest to their writing staff, often those that might not make the front page of other outlets.