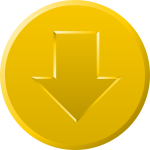 A giant demographic bulge is about to enter 20 years of peak earning power. This is a generation that likes its on-demand services, which means the coming decades will almost certainly see more Uber rides and same-day deliveries than ever. How Aging Millennials Will Affect Technology Consumption offers a glimpse into the future.

Can you say New Year’s resolution? Taking a cue from 10 No-Fail Ways to Tame Your Email Inbox might be a start.

Beyond Windows: Microsoft in middle age reflects the ever-shifting landscape in the technology sector with a powerful graphic reminder of how things change.

Dress the Part, and It’s Easier to Walk the Walk delves into how the way we dress affects the way we feel. I was taught this early in life and find it to be true.

Many years ago, someone mentioned to me that golf needs to appeal to more than middle-aged white males, and if the powers-that-be don’t address the game being too difficult, too expensive and too slow, there will be a lot of people leaving the game. The Death of Golf addresses some of the reasons why, over the past decade, the number of golfers has declined roughly 20%, with younger golfers declining even more. Although I played a lot in high school, more than a handful of years ago I decided to spend my free time cycling. It seemed to be a better form of exercise, took less time, was more convenient and less expensive. My wife may debate this rationale with me—and she has the data to back it up—but the point is that I, like many others, have left golf behind.

7 Pieces of Wisdom That Will Change the Way You Work is written from the perspective of a writer, but the helpful, universal reminders can be applied to any career.

The Age of Disinformation addresses how to filter hype in broadcast and social media. It’s no easy feat.

Here’s a blast from the past: the phrase “nattering nabobs of negativism,” which I recently heard on talk radio. Its first known usage was in 1970 by Vice President Spiro Agnew, in a speech penned by White House speechwriter William Safire. It summed up his often-hostile relationship with the media and how he viewed the incessant, negative chatter by this prominent and influential group. Learn more from this entry in Taegan Goddard’s Political Dictionary.

The convergence of cloud technologies, the Internet of Things and big data analytics is real. As World Crowds In, Cities Become Digital Laboratories spotlights interesting applications in New York City. Their interactive graphics are incredible.

The capabilities of data mining seem to be only limited by imagination. Here’s one quirky, but interesting application: Data Mining Reveals How Smiling Evolved During a Century of Yearbook Photos.

Addicted to Distraction offers this definition: “Addiction is the relentless pull to a substance or an activity that becomes so compulsive it ultimately interferes with everyday life.” Reality check time—are you due for a detox? This is one addict’s tale.

I knew my journaling habit was a good thing! Famous Writers on the Creative Benefits of Keeping a Diary agree.

Gene Amdahl, Pioneer of Mainframe Computing, Dies at 92 pays tribute to the “father” of the IBM System/360 line of mainframes. My early career started in large mainframe environment, which was my first significant exposure to technology. In fact, the name of this blog “ZMAB15” represents my first username in the work environment, for a VM Machine running on an IBM System/360 mainframe.

Attention, Addiction, and Technology delves into what happens when we give technology too much importance and lose harmony and balance as a result.

“We have become so obsessed with technology — particularly in its digital form — we have forgotten the primacy of purpose, the importance of compassionate action taken with flesh and bone. Instead, we seem to seek only distraction from the challenges (and yes, the ugliness) of the real world, and to embrace instead a virtual world where we are queens and kings and constantly pleasured.”

I Don’t Own, I Uber provides one individual’s comparison of the costs of owning a car vs. using Uber as your primary transportation. My two millennial daughters interested in big city living intuitively understand the convenience of not owning a car. I, too, lived in Chicago for seven years before purchasing a car. I believe this shifting model is here to stay. What other large purchase items, which are frequently viewed as a right of passage, might be better to rent rather than own?

This article’s title speaks for itself: 7 Drawings to make you feel better.