“The Long Tail” by Chris Anderson was originally an article published in Wired in 2004 that later became a book. Read a synopsis of “The Long Tail” theory here.

Listening to NPR in the car on the way to work last week, I heard three stories that reminded me of the subject line above. 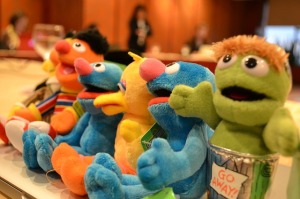 The Muppets were created in 1955 and became popular after they joined the Sesame Street cast in its 1969 debut season. Later, they had The Muppet Show (which aired from 1976-1981), a dozen or so movies, and a second TV show. This latest iteration is toured as an adult version. Hmm…I’m not so sure this will work. Who will watch it and why? If they are targeting boomers who fall asleep early like me, perhaps it’s a good thing that it is scheduled to air at 7 p.m. Central.

Vinyl sales were virtually extinct in 2005, with less than a million copies sold. In 2014, the category had rebounded to achieve over nine million copies. This still pales in comparison to historical vinyl sales. Heavyweights such as Michael Jackson’s Thriller, the Eagles Their Greatest Hits (1971-1975,) Billy Joel’s Greatest Hits, Vol. 1 & 2, Led Zeppelin’s Led Zeppelin IV, Pink Floyd’s The Dark Side of the Moon, and AC/DC’s Back in Black have each surpassed more than 20 million copies sold. If vinyl continues its resurgence, can the return of the BMG Music Club be far behind?

AOL today is not your parent’s AOL of the past. Hip and trendy resources such as TechCrunch, engagedet, and The Huffington Post are all owned by AOL. With Verizon’s takeover of AOL, we’ll see an unprecedented marriage of media and technology. Shingy approves.

Clearly, our current internet/web/mobile connected world provides a low-cost distribution network that can generate and push out a lot of content. This creates boundless opportunities at the long tail. Playing on nostalgia with the baby boomer generation is one strategy that seems to be paying off. What is old is new again…but perhaps on a smaller scale.