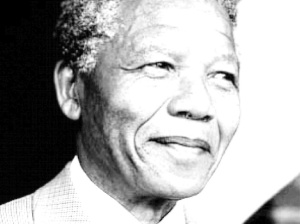 Nelson Mandela (July 18, 1918-8 – December 5, 2013) was one of the great world figures of our time. His story of triumph over adversity seems more like Hollywood fiction than reality. Author Mark C. Thompson reflects on a conversation he once had with Mandela in Mandela’s Five Strategies from Davos. Here are a few Mandela quotes excerpted from the article:

“Do not judge me by my successes. Judge me by how many times I fell down and got back up again.”

“Lead from the back — and let others believe they are in front.”

“Resentment is like drinking poison and then hoping it will kill your enemies.”

In my years of consulting—both from the outside and inside of organizations—I have particularly practiced two of these five points.

First, there were many projects that seemed nearly impossible. Looking back, it almost seemed crazy that we tried. One was the launch of Sprint Wireless. There were 225 Ernst & Young consultants racing the clock to help launch a company in 10 months. It came together. Perhaps not as smooth as anyone would have liked, but it happened, it improved and endured. The second was a turnaround of Techline’s cabinetry manufacturing. We implemented make-to-order processes, redesigned the core product, changed suppliers, changed the mix of distribution, and many other things in a short period of time to reduce monthly losses. The company continued operations for 10 years, finally closing last month. The projects were done, showing that in the end they weren’t impossible.

Second, leading from the back. This was a critical learning as an external consultant, but equally important as a leader. Help others achieve their potential, develop them by putting them at the front of the room. Provide the opportunities, coach and mentor. They (clients or co-workers) will be far better for it.