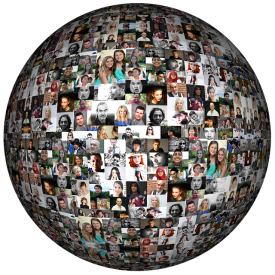 Last fall I took my first Massive Open Online Course (MOOC). I originally registered for The Age of Globalization (see The Inquisitive Learner Walks the Talk), but due to scheduling conflicts I had to cancel. Instead, I took U.Lab: Transforming Business, Society, and Self. This is the same course profiled in a Huffington Post article that the author refers to as, “…what well may be the most interesting project of my life.”

I wouldn’t go quite that far, but it was certainly a fascinating experience. How many times can you involved in something that is truly global? Literally people representing every continent were present, some 25,000+ strong.

Here’s a quick review of the logistics and the three course components:

You’d think it would be difficult to have an interactive component during the live sessions with so many people involved. It was actually made easy by using existing technology: the Twitter platform. Easy, that is, assuming you are of a generation that considers Twitter a native language. Participants were encouraged to provide input and comments, pictures and doodles, via Twitter (#ulab), generating hashtag clouds for the key items of interest for the presenters to address. Sometimes a presenter would pose a question and request answers via a specific hashtag.

As with most things, there are pros and cons that merit consideration in deciding if a MOOC is for you.

After weighing all the factors, it’s on my docket to take another MOOC when I’m less busy. The bigger challenge may be settling on a topic, as there is probably a MOOC-based approach to just about anything. Social psychology? Psychology anthropology? Economics? We’ve all heard comments like, “There’s more information published in one Sunday edition of the New York Times than people consumed in their lifetime in the 1600s” or “It would take you 200,000 years to read everything that’s on the internet.” There is so much great stuff to consume, so little time. At least now there is a very rich mechanism to distribute it globally.